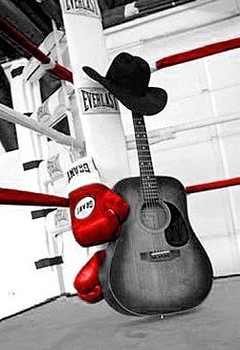 Andy Dalberg
Jan 4, 2010
Andrew "Andy" James Dalberg-Folsom 14, our earth bound angel was called home on Saturday, January 2, 2010. He left peacefully and quietly in his sleep at home. Andy was born in Topeka, Kansas on February 25, 1995. Andy was a vibrant child, full of love and life. He believed in the gift of love and gave that gift to each person who knew him. Andy had a life long battle with major medical problems, but through them all, no matter how bad he would smile and crack jokes.

Andy was a home taught student through Hiawatha Middle School. Andy was the co-founder of "Wrap A Hug," a program made to help the homeless. He also gathered pop tab lids for children. He was very active in charity work ranging from bake sales to fundraisers to help give terminally ill children musical CD's.

Andy enjoyed country music. He became very good friends with country music singers Buddy Jewell and Chris Young. Through their friendship Andy became friends with hundreds of people throughout the world. Andy was a strong believer in God's word and had a beautiful gift of sharing his love of God with others. Andy became an inspiration to many in need of faith and hope.

Andy is preceded in death with his Grandparents Dean and Jane Folsom, Great-Grandparents, and his Aunt Elizabeth Green-Smith.

Friends and family may visit with Andy Tuesday, January 5, 2010 between the hours of 6 pm - 8 pm at Chapel Oaks Funeral Home in Hiawatha, KS. Andy's family asks that all friends and family come and join them in his Celebration of Life service on Wednesday, January 6th at 1:30 pm at the Robinson United Methodist Church in Robinson, KS. Graveside services will follow at Rose Hill Cemetery, Robinson, KS.